THE GREAT PRIORY OF QUEENSLAND  est:1985.

The next attempt to form a Preceptory in Queensland was on 4th July 1901, when H. C. Luck became the first Preceptor and Prior Duke of Albany Preceptory No. 171 E.C. (now No. 1 Great Priory of Queensland.)

THE PROVINCIAL PRIORY OF QUEENSLAND was inaugurated on 26th April 1928 and the first Provincial Prior was Alexander Corrie who appointed William Taylor as Provincial Sub Prior and William Henry Greenfield as Provincial Chancellor. At this point in time the Provincial Priory controlled five (5) E.C. Preceptories in Queensland.

By 1964 thirteen (13) Preceptories had been formed by the Great Priory of England in Queensland and were under the control of the Provincial Priory of Queensland, which operated in a manner similar to a District Grand Lodge.

For a list of the Brethren who have occupied the Office of Grand Master since then click here.

The Great Priory of Queensland commenced with seventeen (17) Preceptories which included four (4) from the Scottish branch of the Order. The list read as follows:- 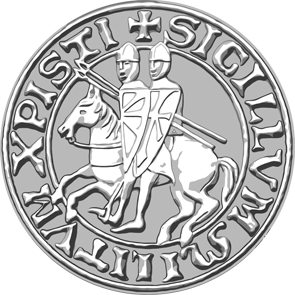 The Great Priory of Queensland attempted decentralisation by forming a “Commandery of the North” in 1990, to include Central Highlands, Mackay, North Queensland, Leichhardt Encampment, Alexander and Carpentaria Preceptories. The two (2) Brethren who occupied the office of Commander were:

The idea was abandoned in 1991 by the Great Priory of Qld. The senior Preceptory in Queensland Duke of Albany will have been operating for 119 years on the 4th July 2020, whilst in North Queensland, N.Q. No.2 will have functioned for 97 years. N.Q. No. 2 had an interesting aspect to it’s early history. The meetings alternated between Cairns and Townsville in the years 1923 to 1927. One must remember that the rail line between Cairns and Townsville was not connected until 1924, so the trips would have been by coastal steamer.

If you are interested in joining our order or if you require further information before making a decision please complete the form below & one of our officers will be in contact.