About the Masonic Knights Templar

By way of its nature and its historical background, The Knights Templar is a Christian Masonic Order.

Both the Temple Degree and the Malta Degree have their roots in the Holy Land during the Crusade era, but on this  it must be remembered that there is no direct link of descent from the Operative Templars or Hospitallers to the Degrees worked in our modern Preceptories today.

In the  the Freemasons began to incorporate symbols and traditions of the medieval Knights Templar and the modern order has evolved from that association.

The Knight Templar Degree places the candidate in the position of a Pilgrim travelling symbolically through hardship and dangers until he is received as a Christian Knight. The Knight of Malta Degree relates the story of St. Paul’s arrival on the Island of Melita which is known today as Malta. The Order of Knights Templar is open to all Master Masons of the Christian faith who believe in the Holy Trinity and of good standing in their Craft Lodge.

If you are interested in joining our order or if you require further information before making a decision please complete the form below & one of our officers will be in contact. 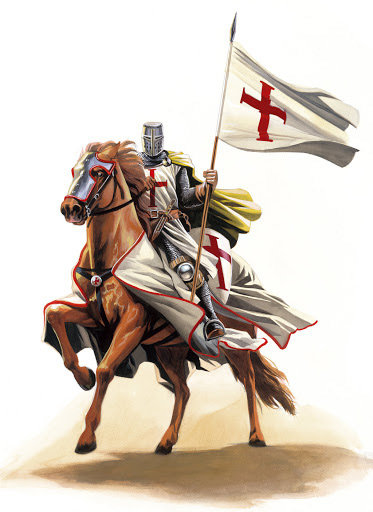